In addition to the individuals working on language revitalization projects in their home communities, Where Are Your Keys? (WAYK) has an international team of volunteers who offer their time and skills to intern in communities that are not their own. 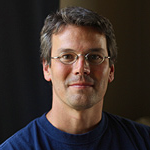 Evan Gardner, the original developer of WAYK, was born in Oregon City overlooking Willamette Falls. He grew up in and around the Clackamas, Molalla, and Willamette rivers and is now working all over North America!

Evan has worked extensively in education from early childhood to university. He has been teaching languages, including English, Spanish, American Sign Language (ASL), and Chinuk Wawa, for over 20 years. His earliest teaching experiences involved working in international education programs as well as in public schools throughout Oregon. He has spent the past decade facilitating international Where Are Your Keys? workshops, teaching language and community revitalization techniques to teachers and students, working with diverse indigenous and endangered languages, including Alutiiq (Kodiak, Alaska); Latin (West Virginia and throughout the United States); Chinuk Wawa (Oregon/Washington State); Northern Paiute (Warm Springs, Oregon); and Yurok (the Redwood Forest of Northern California).

Evan explains that one of his top goals in creating WAYK was to support and strengthen endangered languages by creating professional youth teachers who enter college with years of teaching experience. 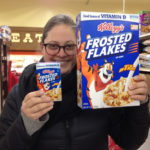 Susanna is a former Latin teacher from New York who now works with WAYK full-time.  After studying Latin from middle school to graduate school, Susanna finally attended a Latin immersion program in 2011 and experienced "living Latin" for the first time.  She was immediately hooked.  The following summer she met Evan at another Latin immersion event, and he introduced her to Cedar Edwards, who traded Chinuk Wawa for her Latin. Susanna is thrilled to bring her classroom experience to the work that WAYK does all over the country!