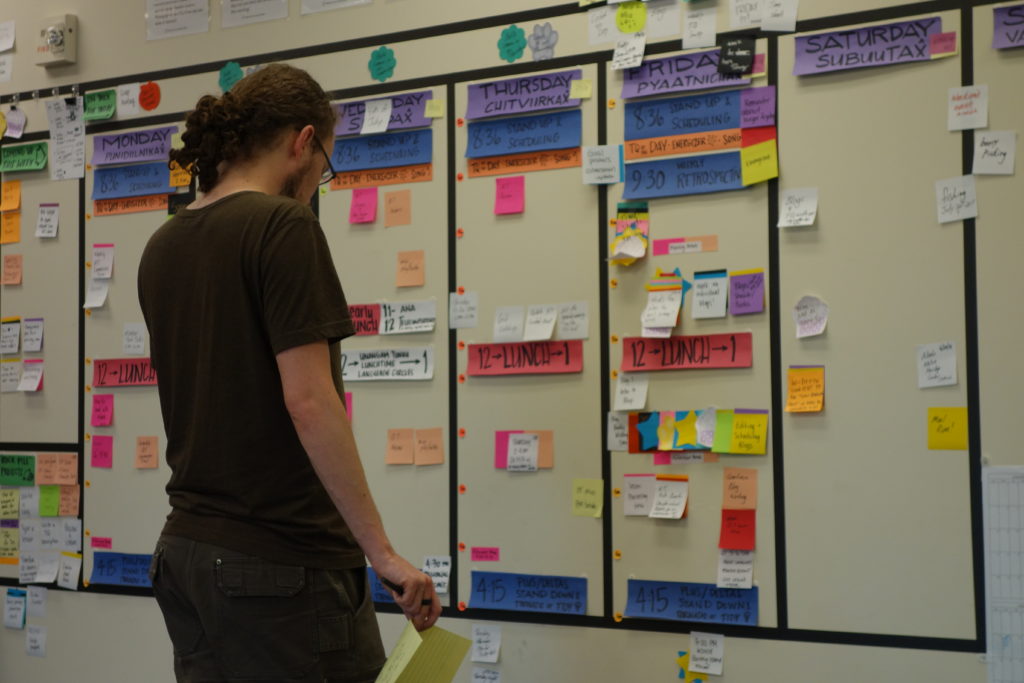 I finally made it to Alaska.

My journey with WAYK is 8 years long this year. It started in 2010, searching for ways to survive the language classes I was taking in school; since then, I’ve worked at WAYK projects in Oregon, California, Vancouver, Beijing…but never Alaska. At long last, in 2018, I made it!

My work with WAYK is interspersed with time spent in New York City as a software engineer. Someday soon I’ll be able to do language work full-time, but in the meantime, it’s a little like watching WAYK grow up in timelapse. Every project I work at presents a wealth of new techniques that Evan, Susanna, and crew have developed and refined since my last visit.

I’ve gotten to watch the concept of a Fluency Freeway evolve from humble beginnings into a sleek, specialized tool for helping community teaching efforts run smoothly. The team’s Calendar Wall this year is a force to be reckoned with, and I smile every time I think of the ramshackle patches of sticky notes on windows we were using back in 2014. I’ve contributed some ideas from the software industry—I still remember the first conversations I had with Evan about “kanban” and “retrospectives“—but I could never have guessed how those ideas would grow and evolve with WAYK into the powerhouse they are today.

When I was first learning to “hunt” languages, it was fairly haphazard. Lots of trial and error, a massive amount of time spent in 15-minute blocks trying to learn as much as I could of whatever languages I could find in the school cafeteria. To learn program facilitation, which is a much bigger part of language revitalization than I realized at first, I had to get hired into the crucible of a Manhattan software consultancy.

But over the years, WAYK has been figuring out specific ways to train everyone to do what we do—not just awkward college students with an irrational love for languages and the good fortune to get on-the-job facilitation training. We’re proving that given the right techniques, people can do just about anything. And let me tell you, watching teenagers from the Aleutian chain teach each other to run scheduling meetings with more efficiency than the Fortune-100 project managers I know is making my year. 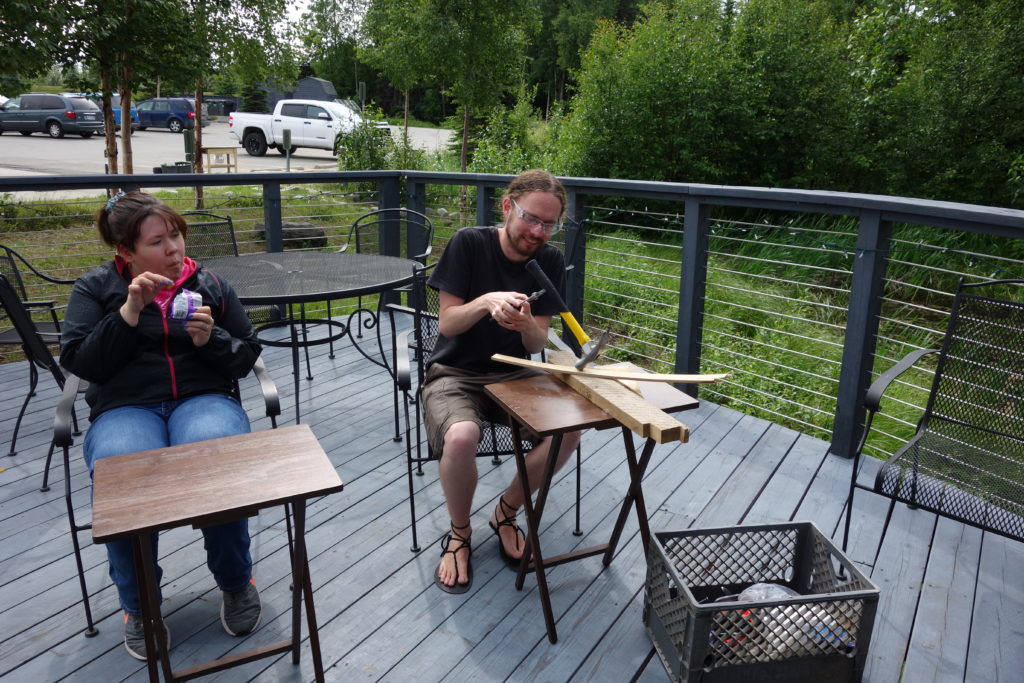 This year I’m excited to catch up on everything I’ve missed—we’re breaking some exciting new ground in techniques for teaching people to language-hunt—and put down some roots in the Alaskan language-revitalization space. The Unangax̂ community here in Anchorage is fantastic, and I’m certain this won’t be the last time my path crosses theirs.