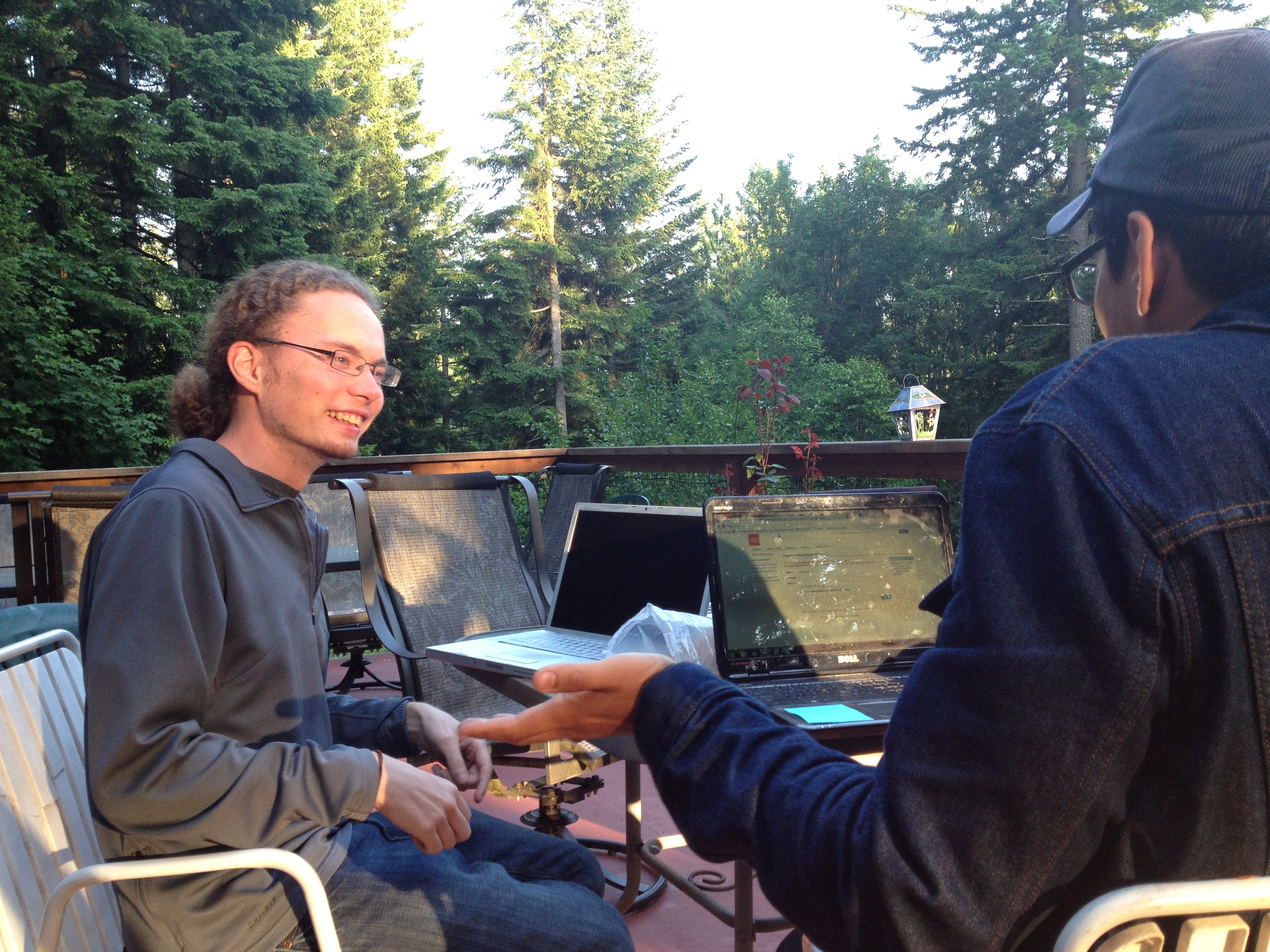 I had an epiphany yesterday.

This Saturday, Sky and I are flying to China to help an NGO in Beijing run a summer WAYK training for local migrant English teachers. It’s been just over a year since I got back from China, and I’ve been absolutely giddy to get back again. Sky’s excited too, since this will be his first time to Asia.

And since we are WAYK players, Sky is obviously learning Chinese.

We’ve been working at it for about a week and a half, since I’ve been in Oregon. Progress, as usual, comes in fits and starts as Sky and I learn to sync our respective full levels; we’ve covered a ton of ground, and Sky has helped me improve my gameplay immensely. But yesterday, something happened that had never happened before.

We talk a lot about the “songs” of languages. Every language, once you get advanced enough, has a unique song, a one-of-a-kind melody that, if you listen, you can hear in the way Charlie-Rose-Superior speakers talk. For me, in my visual-spatial brain, I feel the song in shapes and edges—Spanish, Chinuk Wawa, Mandarin Chinese all have their own curves, their own matchless dances.

I have a hard time really conveying this idea to monolingual acquaintances. If you’ve been tangoing across a dance floor your entire life, you have no reference point for understanding when someone tries to tell you about the centrifugal thrill of a waltz, the coy pendulum of a jitterbug. You think, “I don’t get it. It’s just a dance floor—you dance on it.” But you don’t know yet that you can tango, or waltz, or swing across exactly the same dance floor, and the rhythm and step and turns all change, and they are all their own flavor of beautiful.

Yesterday, Sky and I were driving from Bend up to Molalla to spend the last few days before our flight to China. As Sky passed a slower van dragging a trailer, a Setup presented itself, and I started talking about it in Chinese. We bounced some Techniques off of each other until Sky had grasped the structure—and then it happened.

He said a sentence from a game we had played a few days prior, while walking in the rain. I started beaming—“Duì, duì, duì!”—because he had glimpsed it. There was a symmetry to the two sentences, a common twist that belied the deeper curve and cadence of Mandarin. And he had caught it. He had stepped in time, and spun on the beat.

I had been waiting for that moment, although I hadn’t known what it would look like until it finally arrived. It was such a small thing, but Sky was starting to see. He was starting to hear the tune of the song, to feel the rhythm of the dance.

I am the only advanced Mandarin speaker in the circle of people I interact with on a daily basis. I take every chance I get to talk with native speakers, but those opportunities are far rarer than I would like. I feel like I’m holding this thing—this golden, gleaming secret—that only I can see. I can tell people that it’s there, and they might even believe me. But no one in my daily circle actually knows what it looks like.

Until yesterday, at least.

Sky hasn’t got the whole of it yet. (Neither do I, which is the wonderful part.) He’s just started to glimpse it. But before long, I will finally have someone I can share it with. And that feels absolutely incredible.

I started understanding then, just a little bit more, why some people cry at our revitalization workshops.