Take notes like a pro, or like a 5th grader, so long as you do it! In 2015, during my first summer with WAYK, Evan and Susanna gave me a hunting book to use for tracking the chinuk wawa I was learning. I’ll be honest: I didn’t really like or use it. I found it a bit frustrating because I wanted to be able to record the language “accurately.” Evan told me to just write it phonetically using whatever spellings I wanted so that I would remember how to pronounce what I had written. That sounded like a terrible plan to me, because as a linguistic anthropologist I was trained to use the International Phonetic Alphabet (IPA) to record languages. Since I was still mumbling a lot of the words and sounds, I wasn’t even sure which IPA symbols to use and, since I “wasn’t allowed” to look up chinuk to confirm my guesses, I didn’t feel confident writing anything down. Eventually, I got over my fear of mumbling and needing my writing to be perfect (see my post about embracing the mumble), but I never got particularly good at using my hunting book. I did record some vocabulary and lists of question terms early on, using a hybrid of the IPA and phonetic spelling with the English alphabet, but as our hunts got more complex, and since I was usually hunting while cooking or walking, recording notes in my hunting book quickly fell by the wayside and my last entry during the summer of 2015 is from June 22. Fast forward to the summer of 2016 when I hadn’t spoken chinuk in over 9 months and all I had to jog my memory was my hunting book and what I thought were my subpar notes. As I began reading my hunting book, I realized a few things. First, my notes weren’t nearly as terrible as I thought they were. Second, my weird hybrid writing system worked just fine for reminding me how to correctly pronounce what I had written, but (I can’t believe I’m actually admitting this) for the most part the notes I wrote using the English alphabet were actually more helpful than the “linguistically correct” notes I took using the IPA. Third, which should really come as no surprise, is that everything I wrote down was incredibly helpful in reminding me what I knew in chinuk, no matter how terrible my drawing was or how much of a mumble my spelling was. 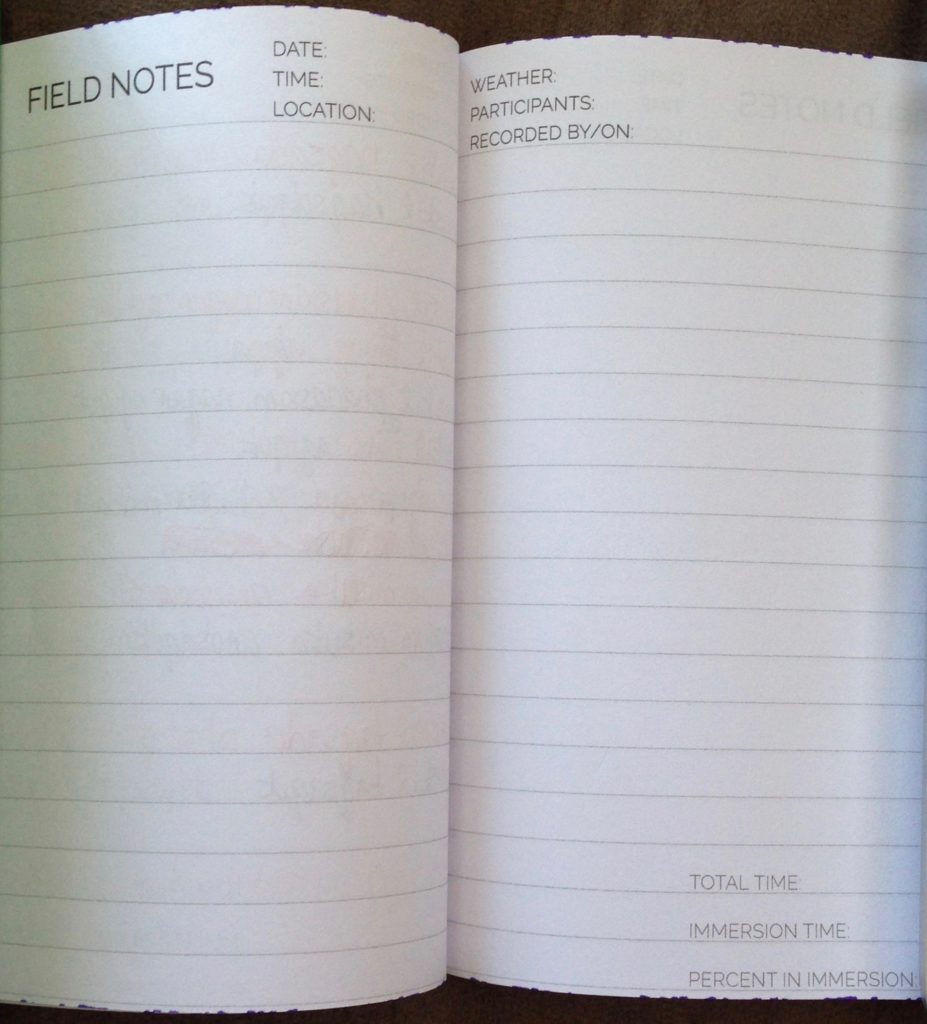 One day Evan asked me if I had learned “uk” yet. Susanna said I had, but it didn’t sound like a word I knew so I said no. Evan told me that he had a good set-up for me and that the next time we were doing chinuk he would set it up for me because it’s the next progression to learn in the language. Well, in my next chinuk sprint Evan, Susanna, and I ended up cooking together and we didn’t have time to get to the set-up so Evan said we would do it next time. Since I’ve realized how helpful my hunting book is, I’m trying to be very diligent about taking notes immediately after my hunt and as I sat down to record the process of making Rice Krispie treats in chinuk wawa I glanced at the previous page I saw the word “uk” staring back at me. Wait, what?! Apparently, I did know it after all. One simple (but terrible) drawing and a single scribbled sentence, recorded in my hunting book with the date, time, location, and participants and I remembered precisely the night I learned “uk” and knew what it meant and how it worked. And the next morning I got to go out and prove to Evan that I knew “uk” instead of re-hunting something I already knew. Score. 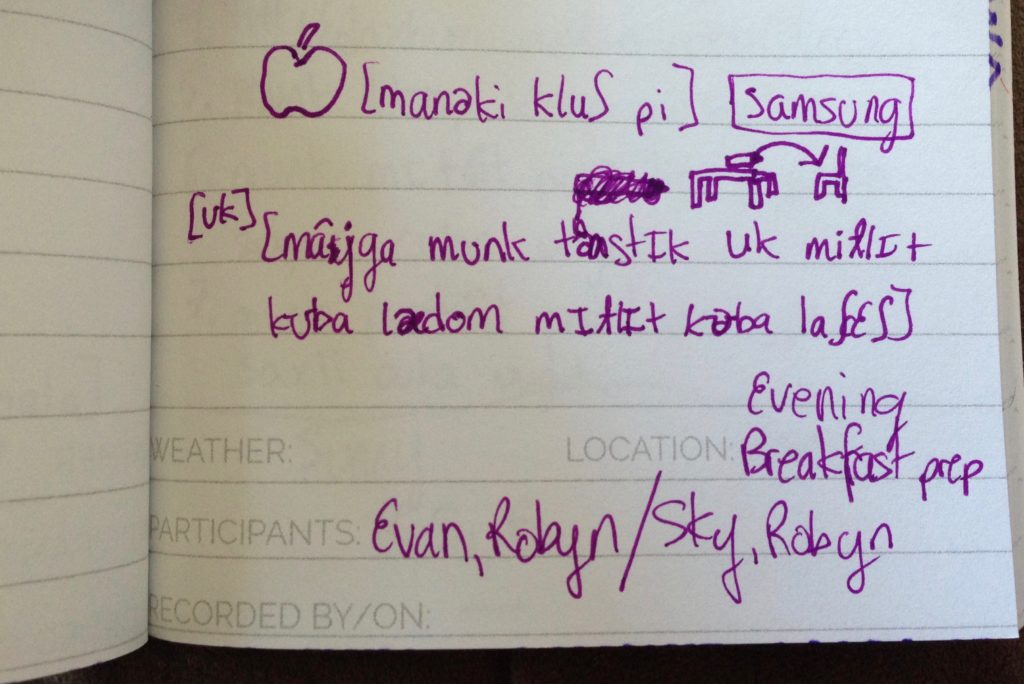 So here are three tips about using a hunting book that are applicable to taking notes when you’re learning any language. Confucius said, “I hear and I forget, I see and I remember, I do and I understand.” So write it down, because remembering is a pretty key component of learning a language! Post authored by Robyn.
TAGS: Chinuk Wawa,Hunting,Hunting Book,Summer Intensive

Keep Calm and Calendar On