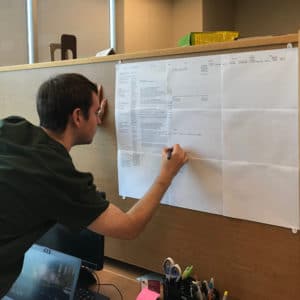 Will Monroe, who made a short cameo appearance in Anchorage for the 2018 Summer Intensive wrote about his summer experience in July 2018.  Aang, everyone! Will Monroe here, and I’m back in Alaska working with Where Are Your Keys for the second time. In 2013, WAYK introduced me to the Kodiak Alutiiq community. Since then, I have started… Read more » 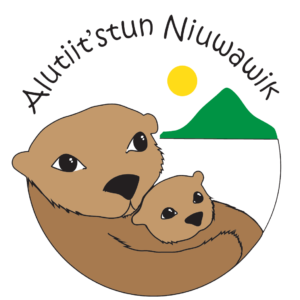 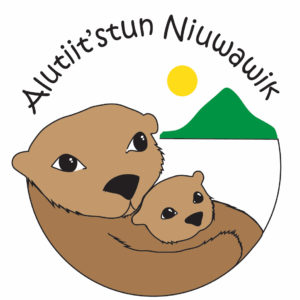 The WAYK team will visit with the Alutiiq language team in Kodiak, Alaska to support them as they enter the second year of their ANA Native Language Community Coordination Project. We are excited to check in with the team as they continue on their five-year project and work to expand their Alutiiq Language Nest for pre-school aged children… Read more »

The WAYK team will visit with the Alutiiq language team in Kodiak, Alaska to support them in the first year of their ANA Native Language Community Coordination Project. We are excited to check in with the team as they embark on this five-year project and work to develop a new Alutiiq Language Nest for pre-school aged children in… Read more »

This summer, a team of WAYK interns convened in Kodiak, Alaska to try something new: an intern house. The interns included Evan Amason, Dehrich Isuwiq Schmidt-Chya, Josh Higginbotham, Anders “Holla Holla” Hegre Håland, and myself. Both Evan and Dehrich have familial ties to the island and to its indigenous language, Kodiak Alutiiq. Josh and Anders… Read more »

This May, WAYK returned to Kodiak Island for the Alutiiq Language Summit. This gathering coincided with the Kodiak College Alutiiq Language OEC graduation and an honorary degree ceremony for local Kodiak Alutiiq speakers. It was a proud moment for the language community and the culmination of years of hard work, and WAYK was honored to be… Read more » 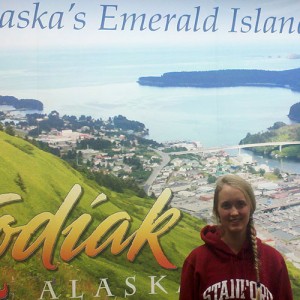 This past week, I was lucky to have the opportunity to fly up to Alaska and meet the community with which Will and I will be working over the summer. Throughout the flurry of introductions, everyone was incredibly kind and welcoming. I was struck by the palpable energy and enthusiasm of both the language learners… Read more »

Cama’i, everyone! My name’s Will, and I’m the newest addition to the Where Are Your Keys intern crowd. I’m in Kodiak with Julia, working with the Alutiiq language community. This is my first time spending an entire summer on a WAYK project, but I’ve actually been working with Evan for a few years, since shortly… Read more »