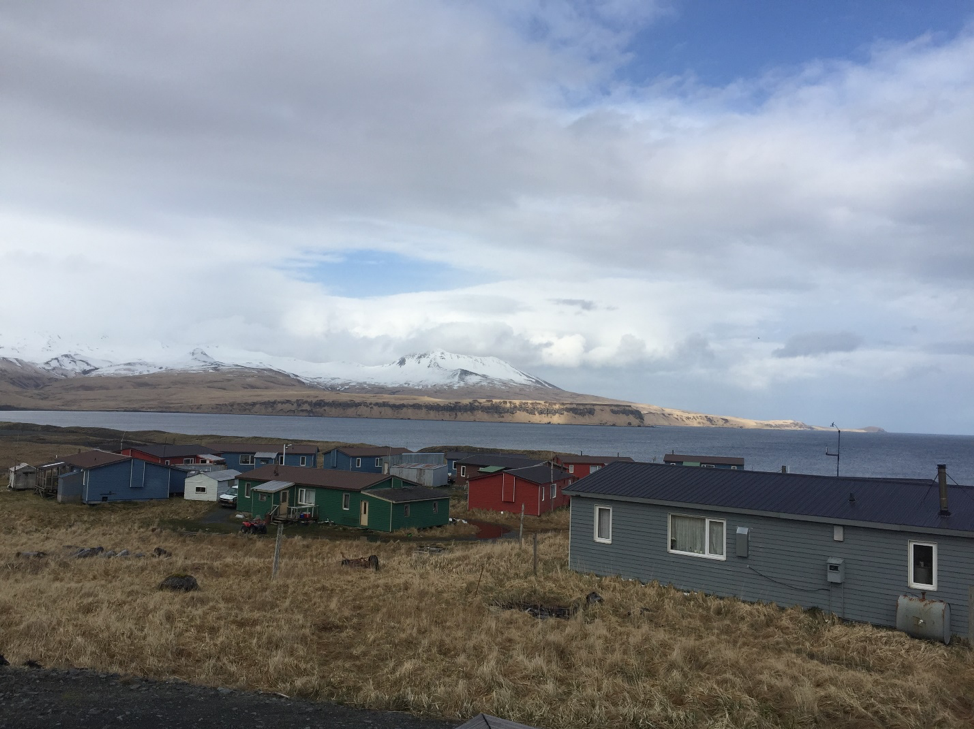 About a year ago I went to a social dance event at my university, and on the very last waltz happened to strike up a conversation with my partner, a guy named Will Monroe. In this brief interaction I learned that Will had learned Alutiiq, an endangered Alaska Native language, through an internship at an organization called Where Are Your Keys. As it so happened, I also was interested in learning an endangered Alaska Native language—Unangam Tunuu, the language my grandmother spoke as a child on the island of Atka. And as it also so happened, WAYK was scheduled to be working with Unangam Tunuu the following summers, and was looking for new participants.

Long story short, I am currently sitting in my house on a sparsely-populated island with an active volcano, sipping tea and listening to the unforgiving winds of Atka hustle by. When I look out my window I can see the Yakov E. Netsvetov School, where I go every day to receive language lessons from Sally Swetzof and her daughter Crystal Dushkin, newfound relatives of mine. Past the school, I can see the little town of Atka, where Sally’s sturdy green house gushes smells of boiled sea lion and fish pie, treats I hadn’t experienced until now. And beyond the town, reaching into the sky, stand the snow-capped mountains which complete Atka’s vision of rugged, wild beauty. My stay so far has been, quite frankly, one of the favorite months of my life.

And while I thought it would be forbiddingly difficult, the language-learning part of my stay has actually proven fun and relaxing. From 9 am to 4 pm are language lessons, reviews, and “hunts” for new grammatical gems, broken up by long intervals of conversation about old family members, Aleut history, or when the next plane will be able to get in. I’ve caught on to Unangam Tunuu much faster than I was expecting, thanks to the patience of my teachers and the effectiveness of the WAYK techniques themselves. Hopefully, this speedy acquisition will only grow speedier in the summer intensive, where I will be working with fellow learners to delve deeper into the language. My flight to Anchorage is in two days—I’m excited to jump into the next phase of this language adventure! 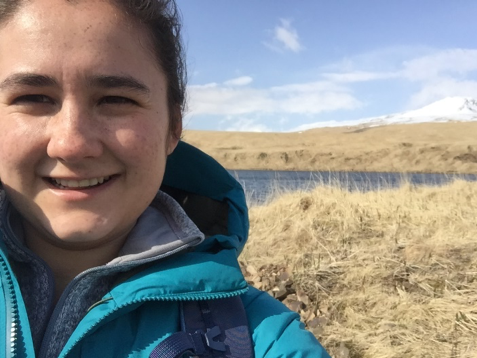 Post authored by Madeline, during her April visit to Atka, Alaska.